With her great enthusiasm and go-ahead spirit, Heidi Glosli has built up the Pediatric Clinical Trial Unit at Oslo University Hospital. In 2013, the unit only had one new clinical trial, while today, it has 18 open trials covering a wide range of illnesses. The common goal of all of these trials is that they aim to develop the best possible treatments for children. 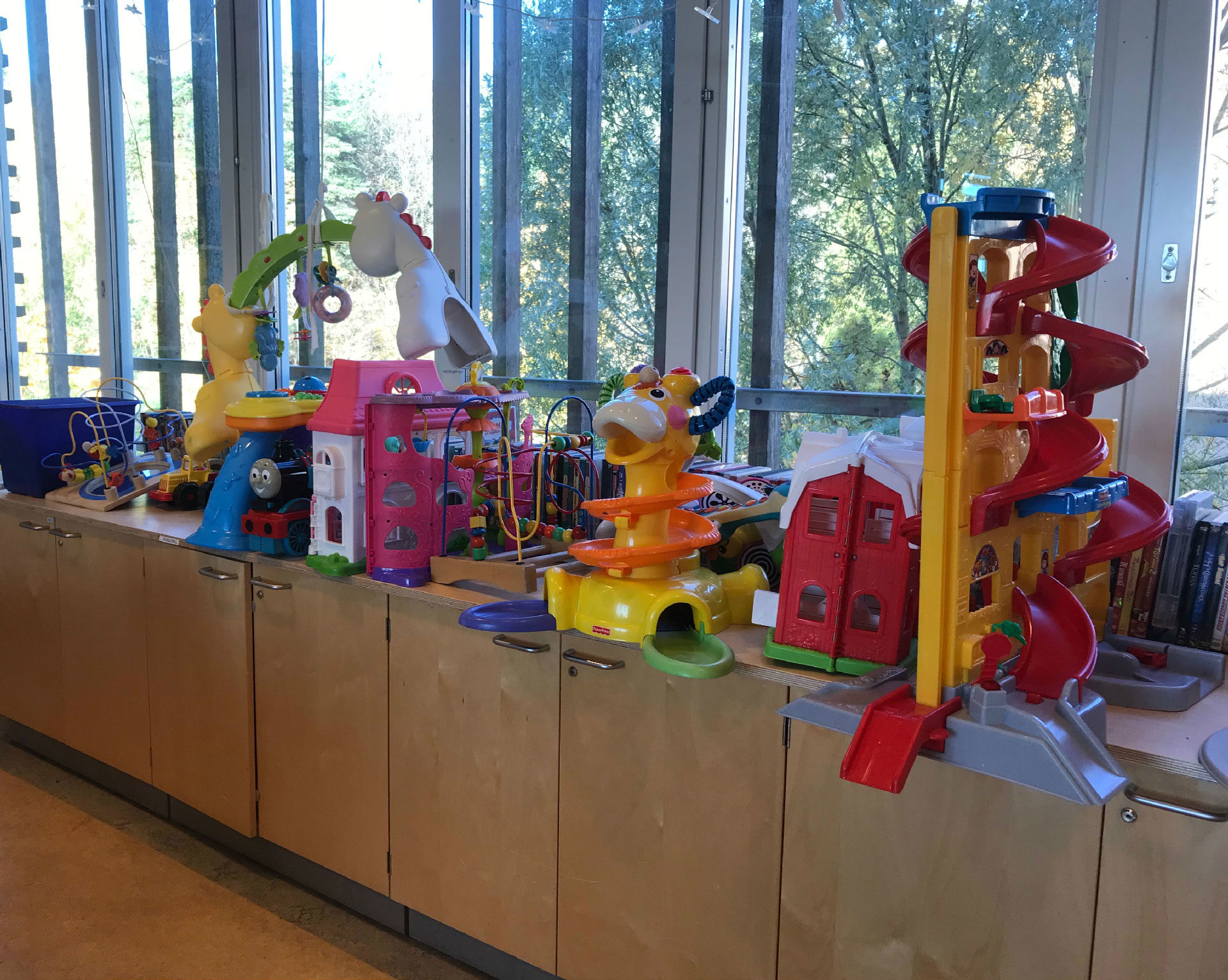 There are several playrooms at Rikshospitalet’s Division of Paediatric and Adolescent Medicine, packed with colourful toys. It’s important that the children here can play as they normally would when they are receiving treatment or taking part in a clinical trial. Photo: Elisabeth Kirkeng Andersen.

– Children are not small adults. This is something that has gradually been understood in terms of pharmaceuticals use. In 2007, a bill was put forward in Europe and the USA stipulating that when the industry develops pharmaceuticals for adults, a separate plan for children must also be developed, and trials with children became more common after that, says Heidi Glosli.

Heidi Glosli is a paediatric oncologist, senior consultant and head of the Pediatric Clinical Trial Unit at Oslo University Hospital.

We are seated in one of the offices furthest along a corridor at the Division of Paediatric and Adolescent Medicine at Rikshospitalet. The office is shared by research nurses and the project coordinator in both temporary and permanent positions who work alongside Glosli.

It functions as an operations centre for planning how to conduct the 18 contract research trials with children taking place here and at Ullevål Hospital. In addition to these contract trials, the Pediatric Clinical Trial Unit is also involved in a number of trials initiated by researchers.

Glosli herself has an office in the corridor by the Pediatric Research Institute (PFI), a separate research unit for children. Between them is a treatment room for children who come to take part in the clinical trials. Their dream is to bring all of this together in one location, but space at the Division of Paediatric and Adolescent Medicine is limited.

“After all, we’re in a good location here. It makes it easy for the paediatricians participating in the trials to stop by, consult us, and bring themselves and us up to speed,” says Glosli.

The sum of efforts leads to success

Heidi Glosli has worked at Rikshospitalet with children suffering from cancer since 2003, and she knows her way around the hospital, as she puts it. This means that she functions as a contact point for the global pharmaceutical companies who wish to conduct trials on children here.

“I’ve said from day one that the companies should come to me, and I will find a principal trial researcher, or take on that role myself in the start-up phase, if this leads to us getting the right people to conduct the trial,” says Glosli.

This service-mindedness has been the key to the unit’s success.

“We’ve made tremendous achievements in a short amount of time. In 2013, we only had one trial, in contrast to the 18 open contract trials we have today. The trials have come to us because we’ve delivered what the industry wants when developing new treatments: We’ve got the trials promptly under way, we’ve managed to involve the right patients, and we’ve delivered good quality results,” says Glosli.

The sum of these efforts has meant that the pharmaceutical companies have come to Glosli, and she has not needed to market either herself or the research unit. From a small-scale start-up characterised by go-ahead spirit and scant resources, the Pediatric Clinical Trial Unit is now a well-functioning and professional unit that gives children an opportunity to take part in trials with new treatments long before they are approved.

Glosli is certain that they could not have achieved these results without the goodwill of the hospital management. The management, on their part, gives their full support to Glosli and her colleagues.

Glosli and her colleagues have built up a well-functioning Pediatric Clinical Trial Unit at Oslo University Hospital in a short space of time. ‘We’re very proud of their achievements,’ says Terje Rootwelt.

He is head of the hospital’s Division of Paediatric and Adolescent Medicine, and emphasises the importance of the trials offered by the Pediatric Clinical Trial Unit.

“These trials make the newest forms of treatment available for sick children to test. We take part in further developing the treatments available to children, and we learn a great deal from this. The contract research supported by the industry also helps us to carry out more of our own research-initiated trials at the research unit,” says Rootwelt.

He points out that they now have strong units at both Ullevål and Rikshospitalet, with a major increase in overall activity, which has been clearly requested by the health authorities.

As for the matter of Glosli’s dream of bringing the units together in a single location, Rootwelt cannot promise anything.

“We currently have good areas available for clinical activities at both Ullevål and Rikshospitalet, with affiliated resources in terms of doctors and nurses. Unfortunately, we do not have any plans to extend the unit’s premises at this time. We will have to see how we can best utilise it in close cooperation with the clinical environments,” says Rootwelt.

Delivering the goods in complex trials

The Pediatric Clinical Trial Unit is conducting trials in all stages. This means from the first time a treatment is given to a child to determining that the treatment is safe, through phases where they see whether the new treatment is better than the standard treatment, to follow-up trials to see how the children are doing over time.

“The trials we are conducting on children are related to many illnesses, including haemophilia, thrombosis, various brain diseases including brain tumours, blood cancer, intestinal infections and MS, and we have received a request for a trial on skin diseases,” says Glosli.

The most complex trial Glosli and her colleagues have participated in is CAR-T, which is a form of immunotherapy intended to treat aggressive blood cancer that can afflict children and adults alike.

CAR-T is the world’s first approved gene therapy developed by the global pharmaceutical company Novartis. The treatment was approved in the USA in 2017 and in Europe in 2018.

Before the revolutionary treatment was approved, it was tested at a selection of hospitals across the world. The Pediatric Clinical Trial Unit was specially selected to conduct trials on children in the Nordic countries. They have conducted and are still conducting these in close cooperation with the  Department of Paediatric Medicine.

The children who have participated in the trial have been seriously ill with a type of blood cancer called acute lymphoblastic leukaemia (ALL). The trial has required the involvement of ten of Rikshospitalet’s departments, which was made possible by a firm coordination effort by the project coordinator.

“This trial is a good example of our ability to run the most complex trials around because we have developed the infrastructure we need,” says Glosli.

“Novartis has assigned further CAR-T trials to us that will be run on other types of blood cancer that afflict children, including on children whose condition is not life-threatening,” says Glosli.

Reaping recognition from the industry and Inven2

Silje T Næss, who has followed up the trials on the part of Novartis Norge, praises the personnel involved in the trials.

“The Norwegian health personnel conducting the trials have done a great job; they have really stood out with their involvement and dedication. They live and breathe for the patients’ best interests,” Næss says.

Siri Kolle is responsible for clinical trials at Inven2 and is also very impressed by Glosli and her colleagues’ work.

“The Pediatric Clinical Trial Unit has established itself as a competent and important trial unit in Norway and the Nordic countries that is a very attractive partner to pharmaceutical firms. This is due to the tireless efforts of Glosli and the rest of the team at the clinical trial unit, as well as the goodwill of the clinic management,” says Kolle, and continues:

“This engagement, together with good infrastructure, service-mindedness and a high level of expertise, means that the research unit delivers very good results in the trials they participate in, with high quality in all parts of the work. The trials conducted at the Pediatric Clinical Trial Unit are an important part of the treatment currently offered to children and contribute to better treatments for children going forward.” 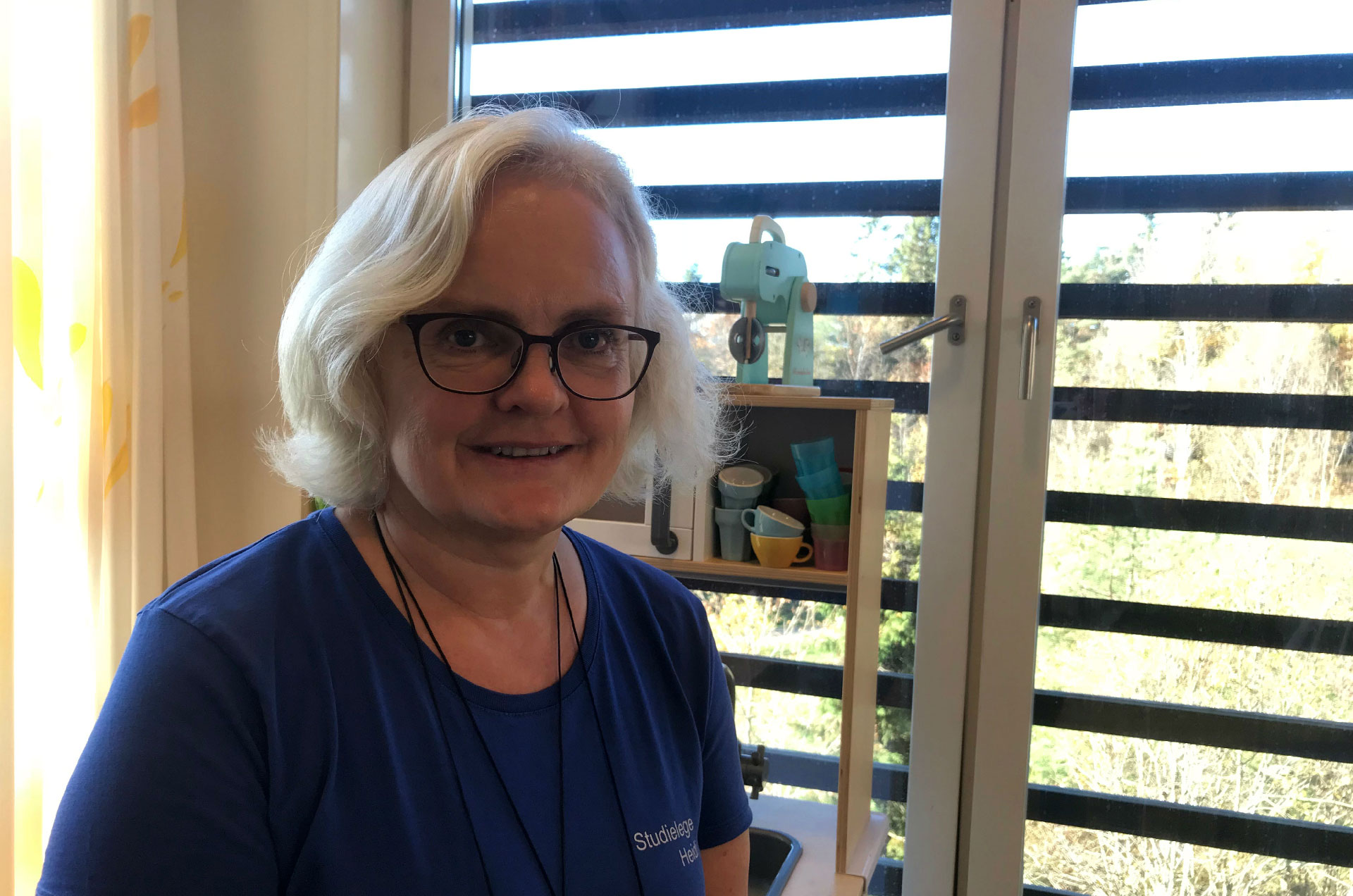 The Pediatric Clinical Trial Unit at Oslo University Hospital was established in 2013 and is part of the Division of Paediatric and Adolescent Medicine.

The unit conducts trials on children for a number of illnesses and currently has 18 open trials. The common goal of all of these trials is to develop the best possible treatments for children.

Heidi Glosli is head of the Pediatric Clinical Trial Unit, and Professor Dr.med. Terje Rootwelt is head of the Division of Paediatric and Adolescent Medicine.

More about Heidi Glosli and the clinical trials:

Other articles about clinical trials:

More about pharmaceuticals and children, and clinical trials with children: