This article was first published on Inven2’s website on 21 October 2020. 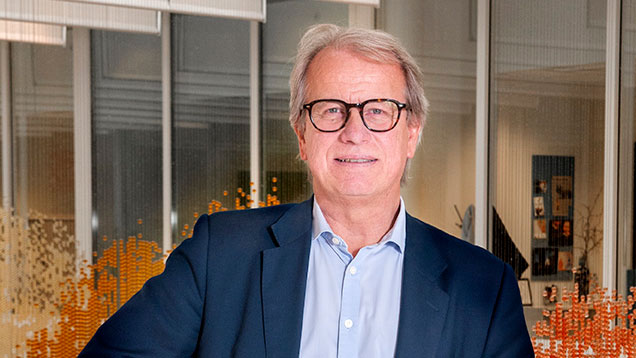 Research based on artificial intelligence and deep learning at the Institute for Cancer Genetics and Informatics has resulted in technology that can analyse cancerous tumours. This method gives the correct recommendation for treatment in 80% of cases of cancer within three minutes. The research behind it is now being commercialised through DoMore Diagnostics AS, and great things are expected of the company.

‘We already have five product candidates that we wish to offer through the new company, DoMore Diagnostics AS. Inven2 is in the process of commercialising two of them in cooperation with us, and we’ll be able to offer the other three during 2021,’ says Håvard E. Danielsen.

Danielsen is Director of the Institute for Cancer Genetics and Informatics (ICGI) at Oslo University Hospital.

In 2016, Danielsen and ICGI applied to the Research Council of Norway for funding for DoMore! They were granted NOK 60 million over five years to establish new technology that could give each cancer patient a better and more personalised diagnosis, and thus, with treatment, a better prognosis.

DoMore Diagnostics was established in the autumn of 2020 based on the results of the research project.

‘It’s great that we’ve come so far and managed to set up a company that’s going to bring out real products based on our research and development. These are products that can potentially make a big difference to cancer patients throughout the world,’ says Danielsen.

The technology developed at DoMore! has been shown to have the ability to prevent over- and under treatment of cancer patients. More about that shortly.

Pathology is essential for correctly diagnosing cancer patients. Pathologists look at tissue samples of the cancerous tumours under the microscope. Based on their observations, they are able to diagnose the cancerous tumour, give an indication of the patient’s prognosis and rate their chances of a return to health on a scale from good to bad.

However, most cancerous tumours are so heterogeneous, i.e. their composition is so different, that depending on which tissue sample of the cancerous tumour is taken, you can end up with a different diagnosis and, subsequently, the wrong recommendation for treatment.

The prognostic test that Danielsen and his colleagues have developed currently gives a cancer patient an accurate prognosis in 88% of cases within three minutes.

By comparison, a pathologist’s assessment will be accurate in 20% of cases.

These specific figures apply to patients with colorectal cancer, i.e. cancer of the large intestine and rectum. At DoMore!, they are working on expanding prognoses to apply to other types of cancer.

Deep learning based on 17 million images

‘Deep learning for prediction of colorectal cancer outcome: a discovery and validation study’ is a scientific article that was published in The Lancet in February 2020. The Lancet is one of the leading medical journals in the world.

In this article, Danielsen and his colleagues describe how they digitised tissue samples from 4,500 cancer patients and then compared the 17 million images they created from the samples with registry data to see how the individual patient did.

‘Based on deep learning and the connections we found, we have developed algorithms that predict a prognosis for a patient with colorectal cancer: The tissue sample is scanned on a scanner that is used in all hospitals or laboratories that are hospital sub-suppliers and analysed by the software we have developed. The doctor gets the result of the sample within three minutes and can consider what type of treatment this patient should receive,’ says Danielsen.

‘The ability to offer cancer patients more accurate prognoses sooner is extremely important for both the individual patient and society: The patient is spared the consequences of the wrong type of treatment and has a better quality of life after treatment. In addition, the hospitals make big savings in relation to the treatment itself and by automating some of the pathologists’ work,’ says Melby.

Digitisation of the pathology process is in an early phase, but this is set to change radically within a few years. Then, DoMore Diagnostics will be able to offer its services directly to hospitals throughout the world.

‘But first, a selected service provider that provides laboratory services to hospitals in a number of countries will offer analysis of cancer samples using the DoMore procedure for diagnosing colorectal cancer,’ says Melby. 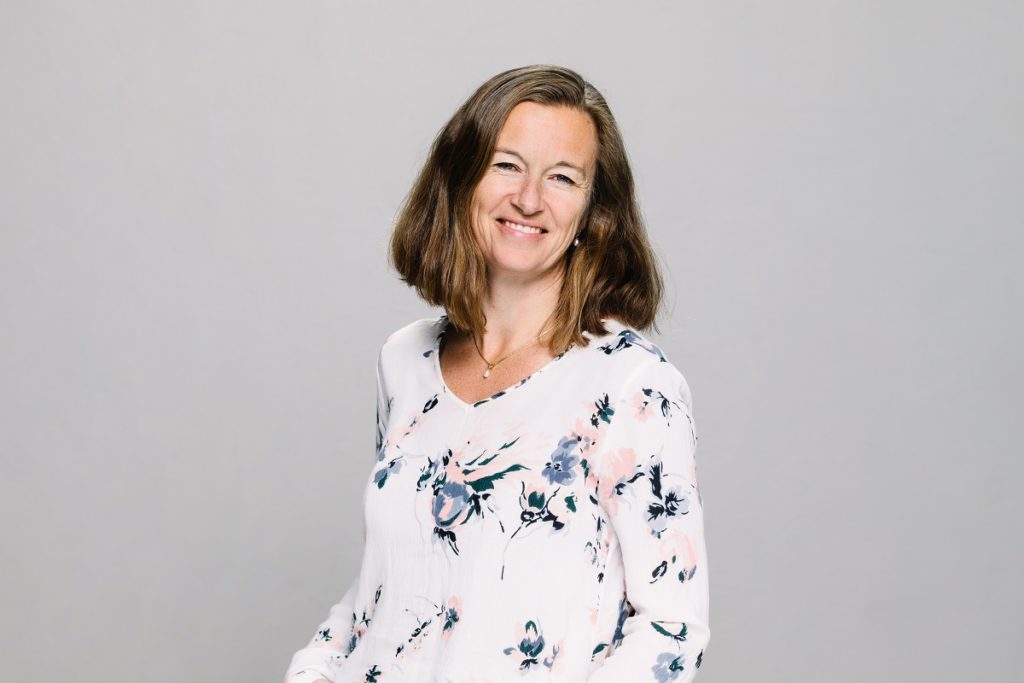 Sigbjørn Smeland, professor and Head of the Division of Cancer Medicine at Oslo University Hospital is enthusiastic about commercialisation of the research that is being carried out through DoMore!

‘What Håvard and his colleagues are proving is that artificial intelligence using deep learning has a clear application within pathology. The algorithms they have developed are better at making a cancer prognosis than the pathologists, and the potential for the global application of this method is tremendous,’ says Smeland.

He adds that the differences between pathologists and between laboratories in making a prognosis are too great and that their method significantly improves this process.

‘It’s really interesting; the algorithms that DoMore! have developed are better at distinguishing between patients with colorectal cancer who should be given gentler or more aggressive treatment, which means that the group in the middle, about which there is uncertainty, is much smaller. Up to now, this group has been given more treatment than was necessary, as both pathologists and clinicians seek to ensure that patients are guaranteed treatment that will cure their cancer. But in reality, many patients were overtreated, and this resulted in unnecessary side effects and an unnecessary use of healthcare resources,’ says Smeland.

Another aspect that Smeland believes is very important is that the method they have developed uses standard tissue samples and standard staining that are used and available throughout the world.

‘This standardisation means that the application of this method has enormous potential. In addition, we have worked with large cancer groups with lung cancer, prostate cancer and colorectal cancer in the project, so huge numbers of patients can be helped globally,’ says Smeland.

‘The method’s capacity is another important point. It means that we can analyse far greater areas within the tumour and deal with heterogeneity in a cancerous tumour in a different way than we currently do or that is practically possible for a pathologist,’ says Smeland.

He says that their method can be used in screening, and will soon be used for colorectal cancer screening in Norway.

‘With colorectal cancer, there are lots of tissue samples to be analysed. If you have a good algorithm, you can quickly pick out the patients who have cancer/suspected cancer and so cut down on huge amounts of pathology work,’ says Smeland.

He is adamant that pathologists will not become superfluous when the new technology is introduced.

‘There is, and there will continue to be, a great need for pathologists. They’re extremely skilled at making diagnoses, and they rarely make mistakes. The pathologists’ work and the standardisation process for diagnosing and categorising cancerous tumours has been central to improved medical treatments over the last 150 years,’ says Smeland.

However, he knows that this technology will change the pathologists’ work and that their work will shift to other tasks that we know are increasing and this will include the integration of results from different types of analyses such as molecular diagnostics.

The procedure for diagnosing colorectal cancer is the first diagnostic service that DoMore Diagnostics will offer.

­‘We’re currently in the process of developing similar diagnostic services for lung cancer and prostate cancer using the same approach as for colorectal cancer. We have made good progress with lung cancer, and are in the early stages with regard to prostate cancer,’ says Danielsen.

The other two products that DoMore Diagnostics is working on are polyp screening and mitotic index respectively; the latter is a measure of the number of cells undergoing cell division in a tissue sample.

‘This index gives an indication of how active a particular cancer is and can be an important addition to current diagnostics and treatment options for most types of cancer,’ says Danielsen.

The DoMore! Project is also developing a technique for automated histological classification of bowel polyps in order to indicate whether the patient is at risk of developing cancer.

‘Bowel cancer screening has been successfully implemented in many countries. Bowel polyps are removed during endoscopy and are currently studied by pathologists who classify them according to their risk of becoming cancerous. The challenge for us today is that there is a limited number of pathologists who specialise in gastroenterology,’ says Melby.

As of now, DoMore Diagnostics consists only of a board.

‘The board is seeking to appoint a CEO for the company. It is also seeking innovation funding from the Research Council of Norway as well as potential investors to raise initial private capital. After that, the plan is to acquire more funds when the products are ready to be launched on the market,’ says Danielsen.

Professor Emeritus Knut Liestøl, who has played a central role in the DoMore! project, is chair of the board. Ketil Widerberg, who is director of the Oslo Cancer Cluster, and Tomas Nordheim Alme are also on the board. Alme currently works as a paediatrician at Akershus University Hospital, but before that he was director of development and medicine at Dips, one of the largest providers of e-health solutions in Norway.

Danielsen cannot join the company because of his senior manager role at Oslo University Hospital, but he will definitely follow its progress closely. It is a project that he holds dear to his heart.

A huge amount of attention

The research and development behind DoMore Diagnostics has received a huge amount of attention in Norway:

Danielsen is pleased with the attention because it means that the public, healthcare professionals and other relevant target groups understand the importance of the work that he and his colleagues are doing.

‘The technique we have developed involves a major change for patients and hospitals. The right treatment is incredibly important. When we applied for funding for DoMore!, we stated that we would provide good, original research and that we wouldn’t stop there, because that doesn’t help patients. Patients only benefit from research when it leads to a change in clinical practice. To achieve that, we’ve got to create a product that someone can buy, and we’re almost there now,’ says Danielsen.

The Institute for Cancer Genetics and Informatics & DoMore!

You can find more information about DoMore! on the DoMore! website

A UNIQUE BIOLOGICAL SUPER-TAXI HAS BEEN DEVELOPED