Half of the times a heart stops beating, it is because of arrhythmia. Now, this year’s Idéprisen (Idea Prize) winners may have discovered a brand new mechanism for treating this potentially lethal condition.

The road from basic research to a new treatment method can be long and winding – or not. Last year’s Idéprisen winner has already achieved a lot since being awarded the prize.

The start of what looks to become an innovation adventure is based on thorough basic research and a good understanding of illness.

The breakthrough came when researcher and doctor Jonas Skogestad tested a new group of drugs that he believed could theoretically have an effect on arrhythmia. The results were outstanding.

-‘In a study of mice with heart disease, 80% of the mice developed life-threatening arrhythmia if not treated. By comparison, none of the mice that were treated developed arrhythmia,’ says Skogestad.

Cardiovascular diseases are the most common cause of death in Norway and worldwide, and arrhythmia is the cause of around half of these deaths. If this discovery proves to have the same immediate effect on humans with heart disease as it did on mice, it can lead to new and improved treatment for this group of patients.

-‘We have found a potentially new point of attack in the treatment of arrhythmia. Our treatment goes straight to the core of the problem and may therefore, theoretically speaking, lead to less side effects,’ says Skogestad.

Skogestad has not conducted all the research on his own. For years, he has worked closely with Jan Magnus Aronsen, guest researcher at the University of Oslo. Aronsen has also been Skogestad’s supervisor for certain periods.

-‘In close cooperation with Inven2, we are now mapping the various possibilities of conducting clinical research on this new group of drugs, to see whether it will also have an effect on humans,’ says Aronsen.

He and Skogestad both say that the Idéprisen prize has opened the door to innovation for them.

-‘Idéprisen is very important to the further work on the discovery. The prize money, NOK 250,000, will be used to conduct more pre-clinical research that is necessary before we can test this on humans,’ says Skogestad.

Skogestad admits that he hasn’t quite grasped what his discovery could mean.

-‘The idea that this could help people still seems a remote one to me. If and when that day comes, that this actually saves lives, it will be huge,’ says Skogestad.

Invaluable help from Inven2 and Spark

In addition to winning the prize, the team has been admitted to SPARK Norway’s pilot group as one of five projects chosen from Inven2’s portfolio. This is an innovation programme that targets life sciences and, among other things, offers mentoring services.

-‘Inven2 and SPARK’s combined help so far is invaluable. We are learning a lot from pitching our project, receiving commercialisation advice, and, not least, meeting lots of relevant people and expanding our network,’ says Aronsen.

He is SPARK’s manager of this project, which has been named ‘Targeted pharmacological treatment of ventricular arrhythmias’.

Both Aronsen and Skogestad are keen to test this on patients as soon as possible.

-‘The project has great potential value both commercially and for society and has enterprising researchers that are very interested in developing their invention towards commercial use. The project is therefore a high priority for us,’ says Inven2’s project manager Mohammed Amarzguioui.

-‘We have submitted an initial patent application. This means that we can initiate a dialogue with the industry to receive feedback on what direction to take in relation to further research and development, as well as the commercialisation strategy. This work needs both financial and other forms of support, such as industrial mentoring, and the project being admitted to the SPARK programme has been an important first step in this context. We are now working to secure public funding of the activities necessary to commercialise the invention,’ says Amarzguioui.

But what’s so unique about Skogestad’s basic heart research?

There can be a myriad of reasons why a heart stops beating. The body’s most important muscle and organ has just one job, namely to keep beating, but, as many Norwegians know: sometimes it just stops, and that’s a matter of life or death.

-‘Some forms or arrhythmia are not that dangerous, and then there are those that are potentially lethal. I’ve focused on the lethal forms,’ says Skogestad.

In the past few years, he has conducted research and studied medicine in parallel. He is a patient person who enjoys basic research and is familiar with the art of setting up advanced experiments in the laboratory, and he has acquired knowledge of diseases from his medical studies. This combination has yielded results.

-‘Six or seven years ago, I started researching a specific enzyme and the sodium–potassium pump independently. The pump is found in all the body’s cells and is, among other things, crucial to the optimal functioning of the kidneys and the heart,’ says Skogestad, and continues:

-‘Then, the question popped up whether the enzyme and the pump could be connected somehow. No one had researched that before. I set up some experiments to confirm or disprove it, and it turned out that there was a connection. What the connection could mean, was anyone’s guess.’

Skogestad knew that if he could link his finding to a disease, he would be able to publish his research in a more reputable journal. Then, during his paternity leave, he was out with the pram when it suddenly hit him that it made sense to connect his discovery to arrhythmia.

-‘Cell experiments confirmed this, but it wasn’t until we saw the convincing results of the animal testing that I realised I had discovered a signalling pathway in the heart that could treat arrhythmia,’ says Skogestad.

Idéprisen is an annual initiative from Inven2 and is meant to be a catalyst for getting good research ideas out and into the light of day, where it can reach the public. 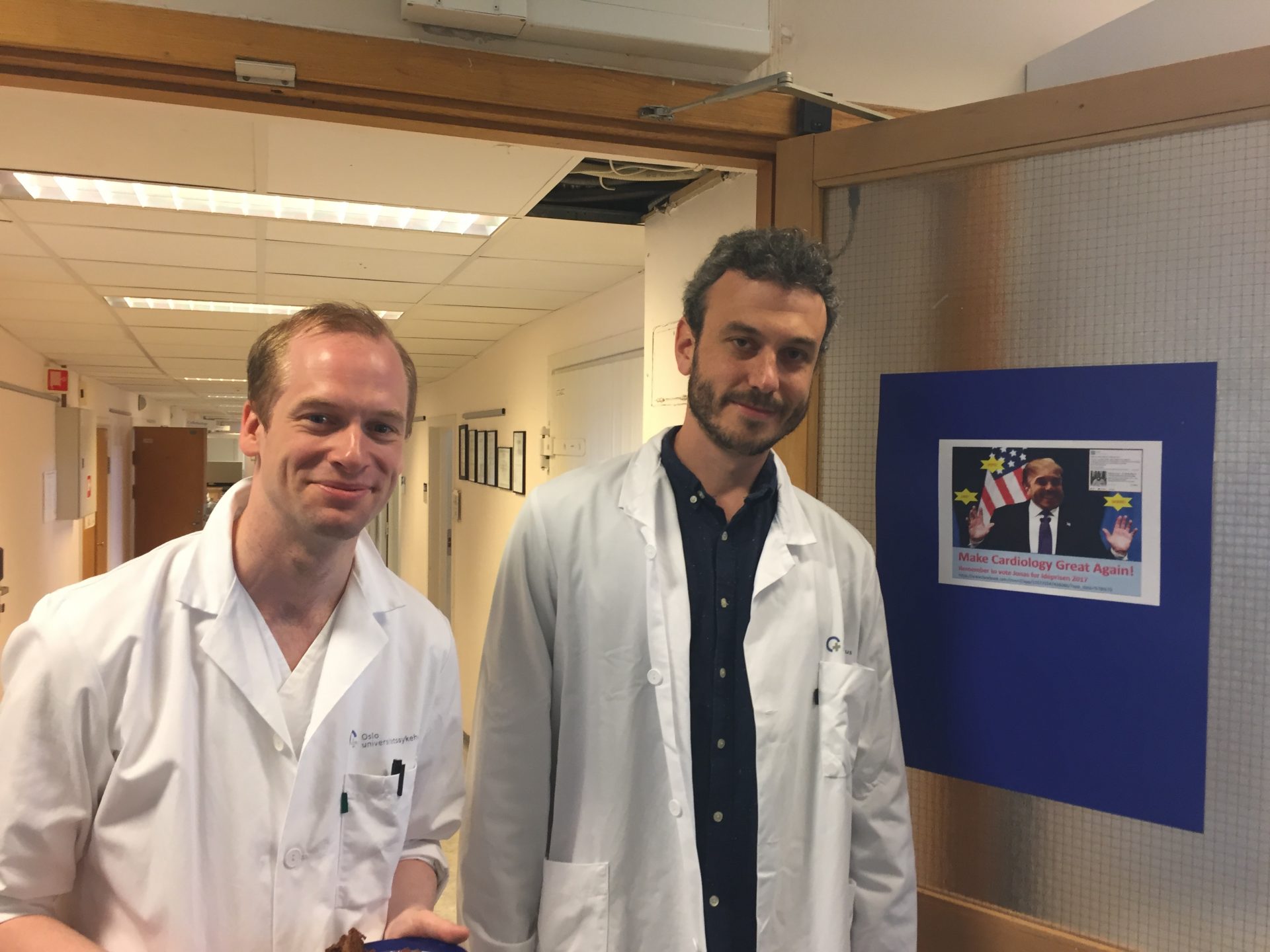