The Idéprisen 2018 prize went to security against hacking

The winner of the Idéprisen 2018 prize is decided by a people’s jury on Facebook on the basis of three finalists. The people’s choice is clear: They want SecureRun to receive NOK 250,000 to develop a security system for computers that prevents hackers from accessing vital data. 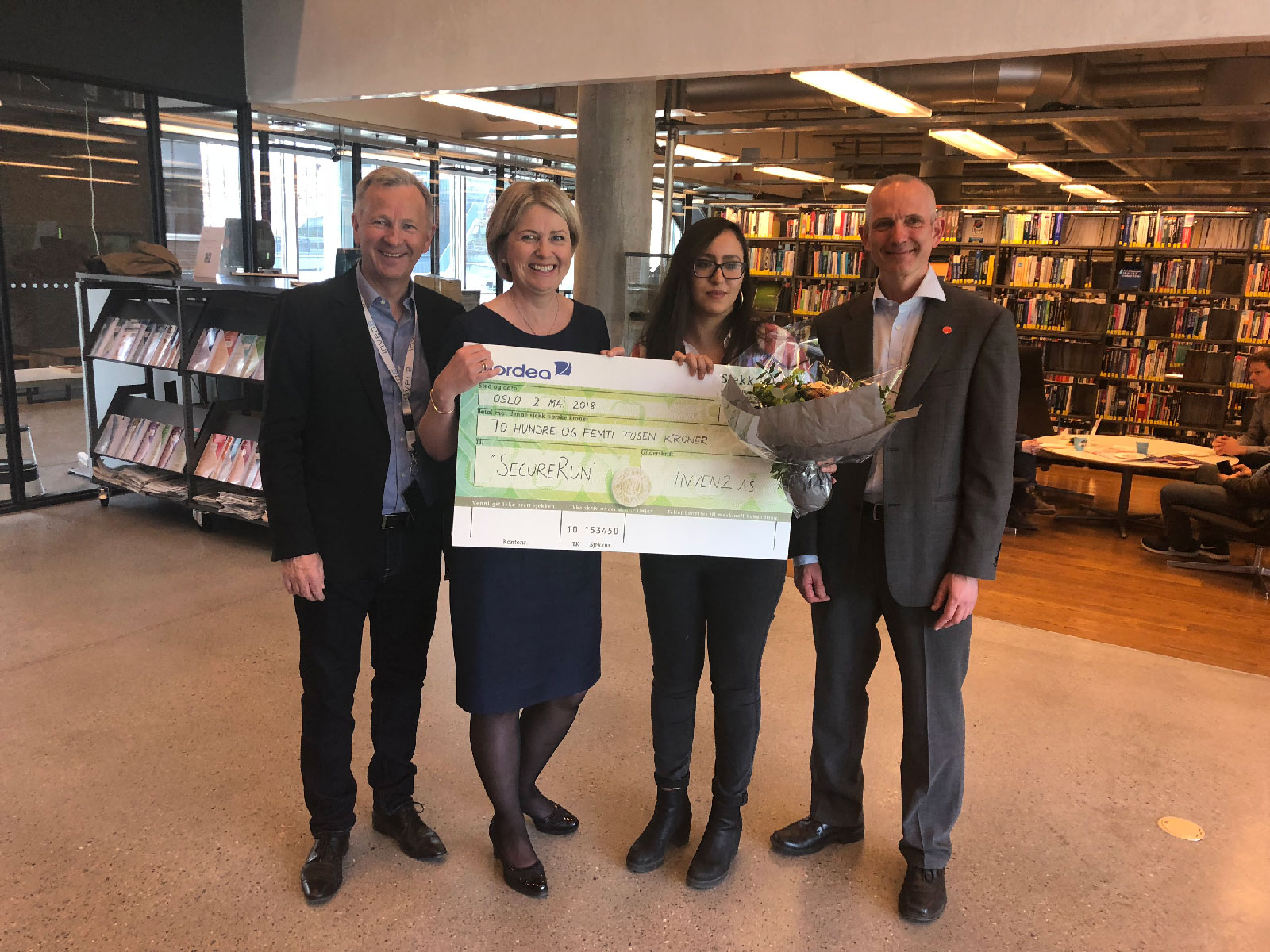 Computers constitute an enormous security risk. It is as Ijlal Loutfi says when pitching the idea that has been awarded Idéprisen 2018:

In an intense competition with two other finalists whose projects were to develop a cancer treatment and a special ECG meter aimed at athletes, respectively, Loutfi emerged as the winner.

Set to develop a smartcard

Loutfi is a PhD candidate and part of the Networks & Distributed systems group (ND) at the Department of Informatics at the University of Oslo. She describes the need for a smartcard solution that can protect the data of business employees and the state, using the following example:

“The operating system (OS) of a computer is particularly sensitive to hacking, and having a separate login for your internet banking does not help since it can be reached by unauthorised persons through a hacked OS,” says Loutfi.

Her solution is exemplified in the following scenario: Businessman Olav is employed in a company that needs him to travel to countries where people want access to his data or, even worse, that hide in the computer so that they can monitor him and the work he does.

“The solution is that the IT department where he works equips Olav with a smartcard when he is going on business trips. The smartcard contains a location sensor and encrypted keys that enable him to safely connect to the business’s server. This means that he can take a completely clean OS with him on trips,” explains Loutfi.

Inven2’s Ideṕrisen is an annual initiative intended to increase the number of ideas stemming from the University of Oslo and Oslo University Hospital.

“In addition to the financial prize of NOK 250,000, which is of course important, it is perhaps even more valuable to the winner that Inven2 also contributes competence and a network that takes the idea closer to the market,” says CEO of Inven2 Ole Kristian Hjelstue.

Read more about the Idéprisen here.