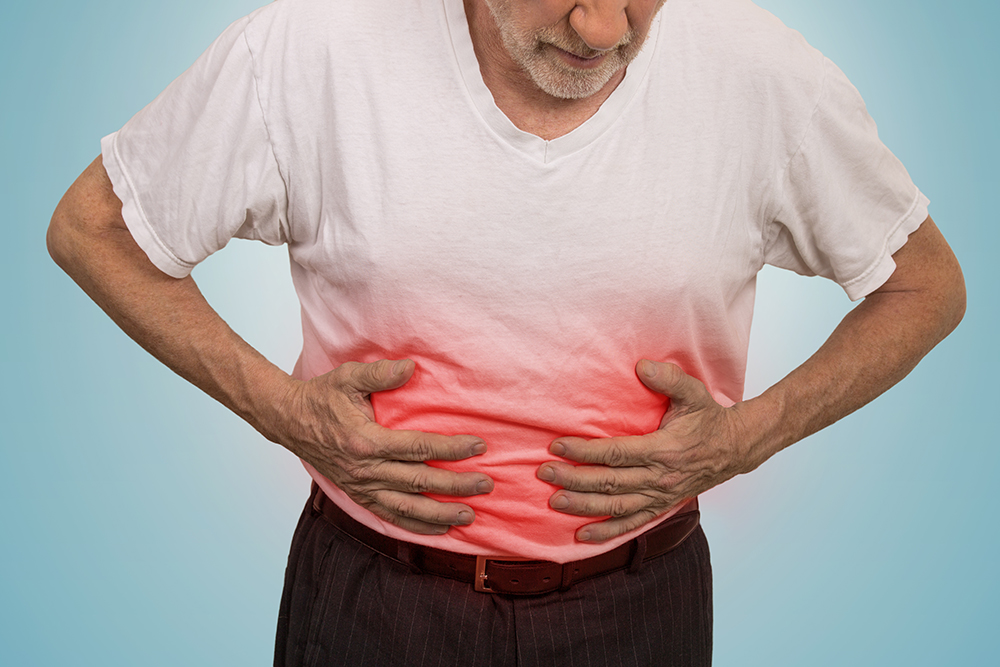 After only four years of research studies, Akershus University Hospital (Ahus) is now able to offer patients participation in a total of 17 gastroenterology trials. The trials are mainly on Crohn’s disease and ulcerative colitis, two chronic inflammatory diseases of the bowel that can be very debilitating for those affected.

When they are not treating patients, Professor Jørgen Jahnsen, trial coordinator, and nurse Synnøve Louise Aure and their colleagues spend their working hours in a small terrace house beside Akershus University Hospital, where they can come together and work without interruption.

These people have a lot on their plate, which is no wonder since in the space of just four years, they have built a robust base for clinical trials in the field of gastroenterology. At least 17 trials are currently in progress, and Jahnsen is national coordinator for almost all of them. Synnøve keeps patients records and research protocols in order and cooperates with industry. They are run off their feet, but their reward is satisfied patients with Crohn’s disease and ulcerative colitis diagnoses.

‘They are young people, often the parents of little children, and it is important to be able to offer them treatment that enables them to go about their daily lives,’ says Aure.

The hospital’s catchment area totals around half a million people, which is 10 per cent of Norway’s population.

Ahus leads the field in gastroenterology trials in Norway, and conducts both researcher-initiated trials and trials on behalf of industry. They are currently also running two register studies. The enterprises they are conducting trials on behalf of are AbbVie, Boehringer Ingelheim, Celgene, Dr. Falk, Gilead, Roche and Takeda.

The trials at Ahus are mainly phase II and III trials, while phase I trials, which are highly experimental in nature, are not being conducted.

Jahnsen was recruited to work on clinical trials back in the 1980s, on gastric ulcers and reflux, which was how he became involved in trials in diseases that cause inflammation of the bowel.

‘It is exciting to lead the field and be able to offer something new to patients who are without other treatment options,’ says Jahnsen.

He says that there have been a lot of developments in the treatment of these diseases, particularly in the 2000s when biopharmaceuticals were introduced. Many new drugs have also been developed containing small molecules, known professionally as small molecules therapeutics. The advantage of these drugs is that they can be taken as tablets, which makes a great difference for the patients, as they no longer have to visit the hospital.

The research personnel are key

Jahnsen worked for 27 years at Aker Hospital. The medical clinic there had an outpatients unit with sufficient resources to run clinical trials, which worked very well. When he took up his position at Ahus, they started from scratch.

‘The key to establishing a clinical trial unit is that you must have competent research personnel and research nurses in place. We have that here,’ says Jahnsen.

‘Another criterion for success is being available at all hours,’ says Aure who juggles all the trials and patients and even gives worried patients her private mobile phone number.

‘You also have to be flexible because you may suddenly become aware of a very ill patient who should be included in a trial, which means that you have to do a quick rethink and do everything you can to make it happen,’ says Aure.

Another important factor is that the doctors at Ahus know about the trials, so they often pop in to discuss patients and find out whether any trials are available that are suitable for them. They also hold weekly staff meetings and Aure regularly sends emails about new trials to doctors who treat gastro patients.

Happy with the collaboration

The company AbbVie has a number of products for inflammation of the bowel in clinical development. They started cooperating with Jahnsen and Aure at Ahus back in 2016, according to Kathrine Rasch-Halvorsen. Together with her colleague Cathrine Jacobsen, she works on a number of trials set to start and already running at Ahus.

‘Our impression of Ahus is that Jahnsen and Aure are very motivated, flexible and efficient, while also being good initiators, which produces excellent results. We find that the clinical trials of our products that they are responsible for run very smoothly,’ says Rasch-Halvorsen. She has more than 20 years’ experience of running clinical trials in Norway.

‘For example, Aure will drive to a patient’s home in the evening to give them their medication if necessary, which is just exceptional,’ says Rasch-Halvorsen.

Although standard treatment is effective in many patients with Crohn’s disease and ulcerative colitis, there are still many people who do not benefit from it, and who are then given the opportunity to test the monoclonal antibodies that AbbVie is testing as a drug targeting new points of attack that cause inflammation of the bowel. AbbVie is also set to run gastroenterology trials in Tromsø and Levanger, in addition to several Norwegian hospitals, but they have yet to start recruiting patients.

‘My impression is that the hospitals that succeed in clinical trials in Norway are those where the management set aside resources for the trials and where they appoint clinical research nurses who are 100% dedicated to running the trials. This gives the work an expedient structure, and the doctors who are involved are satisfied, as are the patients and the clients who commission the trials,’ says Rasch-Halvorsen.