Revolutionising the production of radio- pharmaceuticals

The University of Oslo and the Norwegian Medical Cyclotron Centre 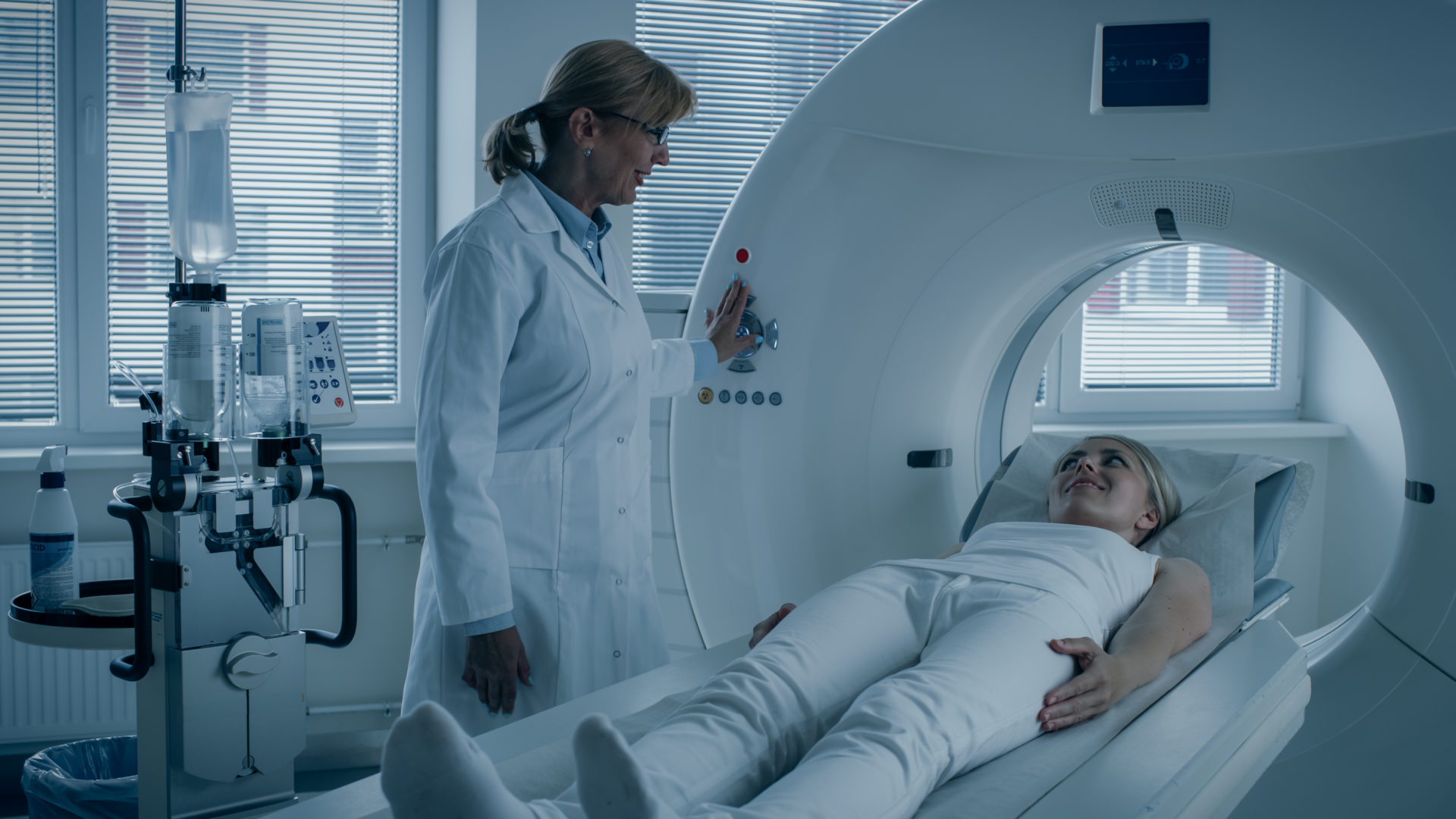 The Department of Physics at the University of Oslo and the Norwegian Medical Cyclotron Centre (Norsk medisinsk syklotronsenter AS) wants to produce radioisotopes for use in cancer diagnostics and treatment in a completely new way. ‘There is a significant shortage of radiogallium and other radioactive elements in the world, so it’s a question of how much we can produce rather than the size of the market,’ says Bent Wilhelm Schoultz, nuclear chemist at the University of Oslo.

The chemist has had a busy week of travelling between the Department of Physics at Blindern and Uppsala in Sweden. There he has been granted access to a cyclotron belonging to GE Healthcare for the purpose of testing the new method of producing radiogallium.

If you are not familiar with many of the above terms, do not despair; we will talk you through them. See also the facts box at the end of this article.

Medical imaging of the body using fluorine and certain other types of radioisotopes is carried out in more than 50 million cases every year. And while the need is growing, limited access to radioisotopes constitutes a bottleneck in the system.

‘The Norwegian Medical Cyclotron Centre is a hybrid social impact and profit organisation. Our mandate is to secure good access to radiopharmaceuticals in Norway, while also making money. Excellent collaboration with the University of Oslo helps us realise these goals,’ says Thor Audun Saga, managing director of the Cyclotron Centre.

The Cyclotron Centre funds an adjunct professor position in the Department of Physics, held by Gjermund Henriksen, research director at the Cyclotron Centre. Henriksen and Schoultz are a dynamic duo who have followed each other’s achievements for a long time and work closely together.

Remember Algeta, the company that developed the radiopharmaceutical Xofigo for cancer treatment from the research stage to a commercial product, and that in 2013 was acquired by Bayer for NOK 17.6 billion? Schoultz and Henriksen were Algeta’s first employees.

To Sweden for a suitable cyclotron

Radioisotope production is a demanding process, and this applies not least to radioactive fluorine used in PET scans. Radioisotopes can only be produced using a cyclotron, or particle accelerator, and the production of a single batch of the pharmaceutical requires approval from a number of people. That is why the University and the Cyclotron Centre’s researchers are exploring the possibility of also using other isotopes.

‘In purely chemical, technical and administrative terms, the production of radiopharmaceuticals with fluorine-18 for use in human PET scans is demanding. Use of radiogallium instead of fluorine-18 will make the process less demanding, not least because the procedure for approval of the end product can be simplified on account of production being chemically less complex,’ says nuclear chemist Bent Wilhelm Schoultz.

Radioisotopes can be produced on the basis of cyclotron or nuclear reactor technology. Gallium can be produced using generators based on cyclotron technology. Use of these generators is simple and they generate a certain small amount of gallium, but they quickly become less effective and in need of replacement. Furthermore, they are expensive and the delivery time is long. Henriksen and Schoultz are therefore developing technology for direct production of gallium using a cyclotron.

The production of other clinically important radioisotopes using nuclear reactors is under increasing pressure because many of these reactors are being decommissioned. That, together with a growing demand for radioisotopes, will increase the cyclotron’s importance as a production method for a number of radioisotopes.

The Department of Physics at the University of Oslo has a cyclotron at Oslo Cyclotron Laboratory; see the facts box. This is Norway’s first, and biggest, cyclotron, but Schoultz and Henriksen cannot use it for all the experiments they are conducting.

The Cyclotron Centre has another cyclotron, located at Rikshospitalet University Hospital. However, the latter is fully occupied producing radiopharmaceuticals based on fluorine-18, which are used for PET scans in hospitals all over Norway. Shift work is used to produce sufficient amounts, and use of the cyclotron for research purposes is thus not possible.

Thanks to the collaboration with GE Healthcare in Sweden on a FORNY project with funding from the Research Council of Norway, Schoultz is able to travel across the border almost all the way to the east coast of Sweden to the cyclotron in Uppsala. There, GE Healthcare manufactures cyclotrons for the global market, of various sizes and for various targets aimed at radioisotope production. A further explanation of what is meant by ‘target’ will be given below, as it is key to understanding the research team’s innovations.

Theranostics – an elegant combination of diagnostics and treatment

The use of radiation to fight cancer is not new. Marie Curie was awarded the Nobel Prize in both chemistry and physics for having discovered the radioactive element radium in 1898 together with her husband Pierre Curie. At the beginning of the 20th century, radium was already being used to treat cancer. The Norwegian Radium Hospital in Oslo was not completed until 1932, but its founders, Huitfeldt and Heyerdahl, started to prepare for its establishment in 1913 when they were given a small amount of radium by Ellen Gleditsch, a Norwegian researcher who spent five years working in Marie Curie’s laboratory.

New radioisotopes can revolutionise the way in which cancer is diagnosed and treated, and Schoultz considers gallium to be among the key elements in that connection.

‘Theranostics is the term used to describe combined diagnostics and treatment. A pharmaceutical consisting of a cancer-seeking compound and gallium marks the cancer cells, which are imaged in a PET scan. By replacing gallium with another type of radioisotope, for example lutetium, internal radiotherapy can be performed in the exact location of the cancer, in one and the same process’, Schoultz tells us.

This means that a cancer patient, even if the cancer has spread to several organs, can be diagnosed and treated by simply alternating between two different radiometals. Furthermore, because the treatment is targeted, there will be fewer side effects.

‘This is an elegant combination of diagnostics and treatment that will be increasingly used in the time ahead,’ he says.

Schoultz points out that theranostics is not something new, or something that he and his colleagues have invented. However, little is happening in this field, and Schoultz thinks he knows why.

‘The shortage of gallium puts brakes on theranostics. Up until recently, hospitals have had to wait 1 1/2 years for gallium generators whose efficacy is reduced by half in the course of only six months. Today, all the available gallium is used as it is very popular in clinical use. This has created a constant shortage of gallium on the market. The gallium generator is in high demand, even though it is expensive and not very effective,’ explains Schoultz.

An important aspect of radiopharmaceuticals or short-lived radioisotopes used in medicine is the very fact that they are short-lived and disappear of their own accord. For example, the isotope gallium-68 has a half-life of little more than an hour.

In order to increase the production of radioisotopes and gallium in particular, researchers at the Cyclotron Centre and the University of Oslo have developed a number of innovations. Three patent applications are currently based on their work.

‘This innovation enables us to produce large amounts of radiogallium in a central cyclotron, and then send it to where the patient is being treated. This means that hospitals do not need to have a generator or cyclotron for producing isotopes on site,’ Schoultz tells us.

Saga believes that it will not necessarily take very long before radiogallium can be marketed as a replacement for fluorine-18.

‘The best-case scenario will enable us to market cyclotron-produced radiogallium within three or four years. It will obviously depend on regulatory requirements, but we want to change production and produce more of the radiogallium that is already in use in clinical practice,’ says Saga.

He points out that it is difficult to estimate the market and potential for sale of radiogallium, as current suppliers are naturally reluctant to reveal their cards.

‘Gallium is both in great demand and very costly. A generator that produces two doses of gallium per day costs about NOK 600,000, so we find this market very interesting’, says Saga.

Schoultz and Henriksen appear to have attracted a lot of interest in 2019. So far they have gained support from the Research Council of Norway’s FORNY 2020 programme to verify that they can produce large enough amounts of gallium in a cyclotron.

The duo have also been accepted by SPARK Norway together with five other research teams. SPARK Norway is the University of Oslo’s innovation programme in the life science domain, under which the participants are offered support to further develop their ideas to the benefit of patients and society.

The researchers are also working to establish a platform for the development of other interesting radioisotopes, including technetium. To that end, they have been awarded an innovation grant from the University of Oslo. And, as if that wasn’t enough, the project is a core participant in an application to become a Centre for Research-driven Innovation, to be submitted by the deadline in autumn 2019.

‘Isotopes for Life’ has been chosen as the working title for the Centre for Research-driven Innovation and partners in the project include the Norwegian Medical Cyclotron Centre, GE Healthcare, Bayer, the Institute for Energy Technology, Klydon, Oslo University Hospital, UC Berkeley in the USA and Stellenbosch University in South Africa.

‘We have a number of assignments ready for large groups of both master and doctoral students, to further develop the work we have started. According to Schoultz, the students ‘will be given the possibility of bridging the gap between nuclear physics and cancer treatment, and between the theoretical and practical world’.

Technology Strategy Manager Elin Melby at Inven2 is working on a commercialisation strategy for the projects, addressing both licensing and possible company formation. Both the University of Oslo and the Cyclotron Centre are pleased with her work.

‘Inven2 has put us in touch with industry and helped us gain support from the Research Council of Norway, which we would otherwise not have achieved. They place demands on us, thereby improving our strategies, our contact with potential customers and partners, and intellectual property rights relating to the projects,’ Schoultz tells us.

Saga at the Cyclotron Centre agrees with Schoultz and points out that, as a commercial company, they do not need to draw on the services of Inven2, but have chosen to do so nonetheless.

‘Inven2 has extensive experience in patenting and contribute significantly on the commercialisation side. There, we are dealing with third parties in the form of large, global, commercial companies, and Inven2’s contribution is invaluable in that connection,’ says Saga.

PET is an acronym for positron-emission tomography. Images from PET scans will reveal accumulations of highly active cells, such as cancer cells.

PET is used for: