Thirty ideas were submitted for the Idea Prize 2019 and the jury had a hard job choosing the best one. The winner was ‘Smart Sokk’, a smart sock for diabetics. The sock is intended to prevent the development of what is known as diabetic foot, which, in the worst case, can lead to amputation. 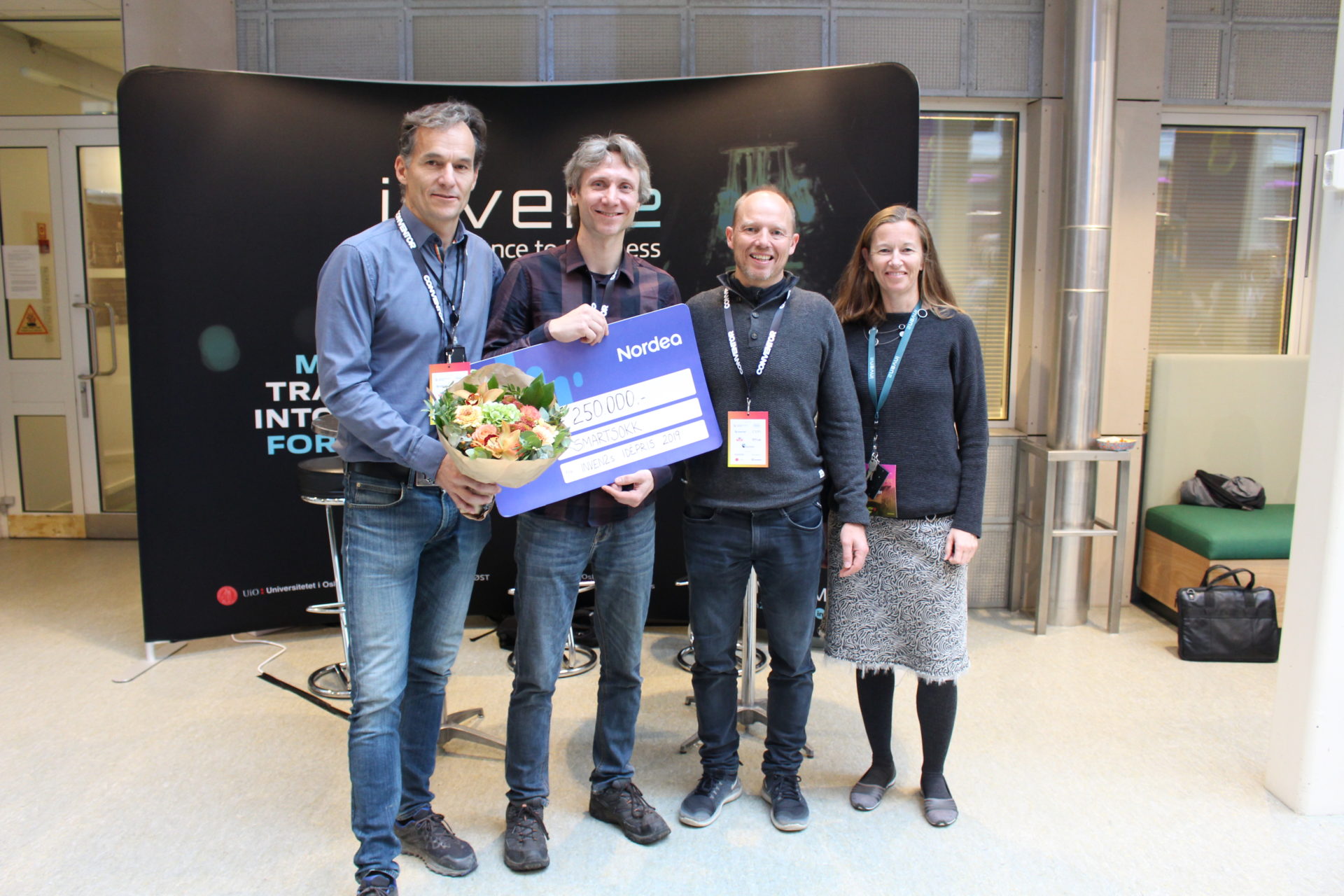 Around eight per cent of the world population suffer from diabetes, and many of them develop diabetic foot as a consequence of the illness. If the condition is not identified early enough, sores may develop around the foot. If the sores are not treated or treatable, amputation may be necessary in the most serious cases.

The Norwegian Directorate of Health therefore recommends that all diabetics be examined for diabetic foot once a year. Few diabetics follow up on this themselves, however, and the examinations are manual and inconsistent. A group of researchers at Oslo University Hospital and the University of Oslo have developed a smart sock they believe can resolve the problem.

‘Our idea is a device with a selected combination of non-invasive sensors for examining diabetic foot,’ Christian Tronstad tells us. Tronstad and his fellow researchers at Oslo University Hospital and the University of Oslo are behind the idea.

The measuring device will be in the shape of a smart sock to be worn by the diabetic during examination.

See a film that explains the idea.

‘Delighted to win the prize’

‘We are very pleased that our idea has gained such support! We can now develop a prototype and conduct a research trial to test and develop the smart sock beyond the idea stage,’ says Tronstad.

The jury found it hard to choose the best among 30 ideas and states the following in the grounds for its decision:

‘Diabetes affects more than eight per cent of the adult population worldwide. Diabetes can cause health problems over time, and diabetic foot is one of the most common complications, which damages nerves and blood vessels. The jury commends the collaboration displayed by the project, between different professional disciplines at the University of Oslo. The jury has chosen ‘Smart Sokk’ as the winner because it is seen as useful to society, improves the quality of life of those affected and, not least, has a great market potential.’

Two ideas were close runners-up in this year’s Idea Prize competition and were each awarded a prize of NOK 25,000. They were: ‘MinMAT: A decision-making tool for following up patients’ nutritional status and treatment’, and ‘A test for guidance to treatment of diffuse large B cell lymphoma’.